In a beautiful early-morning liftoff, SpaceX’s Falcon 9 sent Dragon Freedom with four Crew-4 astronauts into space for a multi-month mission aboard the International Space Station.

Liftoff occurred at 3:52 a.m. EDT (07:52 UTC) April 27, 2022, from Launch Complex 39A at NASA’s Kennedy Space Center in Florida. This was the first flight of SpaceX’s fourth Crew Dragon spacecraft, which has been named “Freedom.” 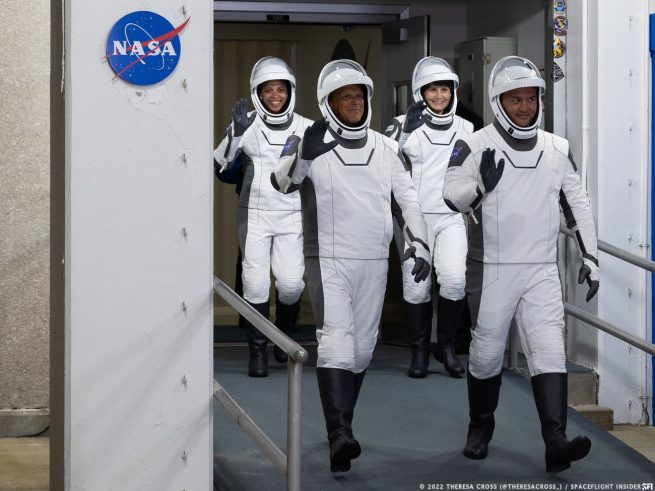 The Crew-4 astronauts walk out of the Neil Armstrong Operations and Checkout Building at NASA’s Kennedy Space Center before boarding two Tesla Model X electric vehicles. They rode those vehicles to Launch Complex 39A to board the Crew Dragon spacecraft atop a Falcon 9 rocket. Credit: Theresa Cross / Spaceflight Insider

This will be the first spaceflight for Hines and Watkins and the second flight for Lindgren and Cristoforetti.

Also making their way to the orbiting laboratory via the SpaceX Freedom Dragon capsule are several science investigations.

One of these experiments will look into artificial retinas. According to NASA, the layering process of the protein-based implant may work better in microgravity.

There is also an investigation by ESA to demonstrate “a flexible and adaptable” wireless network infrastructure to support low-power, low-weight and wireless experiments.

Additionally, the Japan Aerospace Exploration Agency sponsored a student-driven creation of programs to control an “Astrobee”, one of the ISS free-flying robots aboard the outpost.

Another investigation called XROOTS is planning to look into how to grow food off Earth, emphasizing hydroponic and aeroponic techniques. This could enable production of crops on a larger scale for future space exploration and help the cultivation of plants on Earth in terrestrial settings such as greenhouses, lending more security for food on our planet for humans.

Finally, there is also the rHEALTH demonstration to test a modified off-the-shelf device for diagnostics that can analyze cell characteristics to help identify health disorders. This could provide cost-effective, reliable tests for patients on Earth as well as accurate functions off Earth in space.

After about a week, Marshburn, Chari, Barron and Maurer will return to Earth in their Crew-3 Dragon spacecraft. They have been in orbit since November 2021. 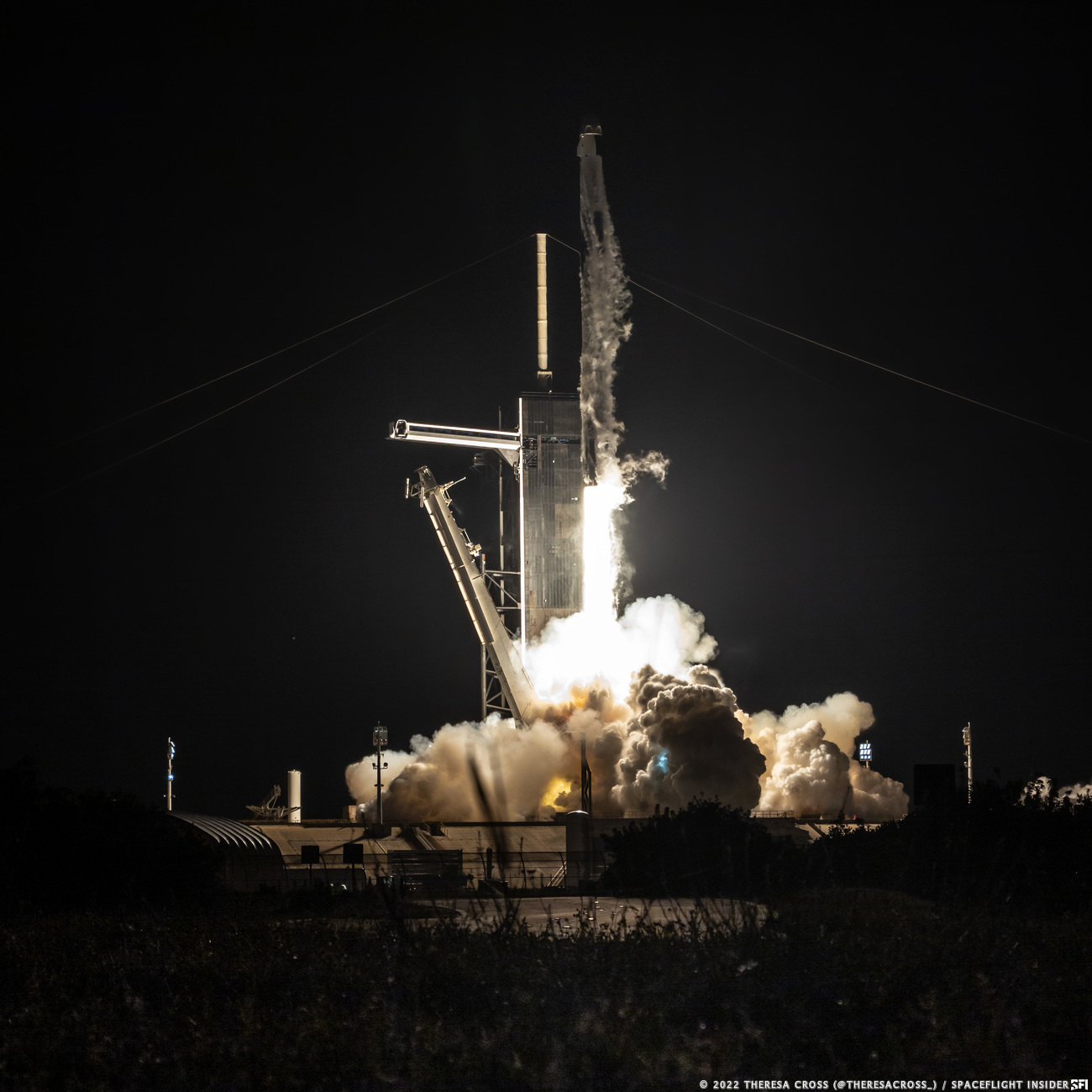