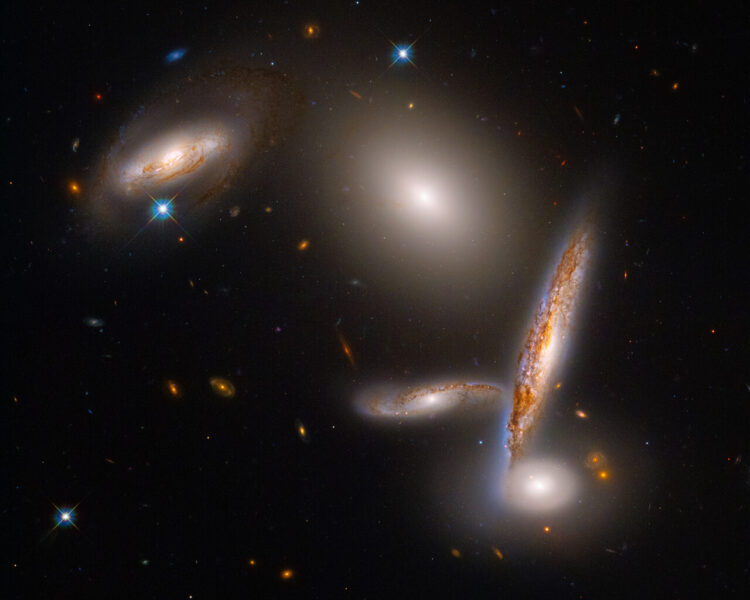 In this Hubble Space Telescope image, three spiral galaxies, an elliptical galaxy, and a lenticular galaxy are all crammed into a volume smaller than 200,000 light-years across or twice the diameter of the Milky Way’s disk. Their light travelled 300 million years before reaching Hubble’s lenses.

The five breathtaking Hickson Compact Group 40 galaxies, at first glance, appear to be randomly superposed in space. However, a closer examination reveals links between them, built of gas and stars.

The galaxies are part of one of the most crowded compact galaxy groups known, and it’s getting even more packed. They’re on their way to crashing into each other — in just 1 billion years, there’ll be nothing left but a huge elliptical haze of stars.

Compact clusters may have been more prevalent in the history of the universe. The supermassive black holes that lurk at the heart of most galaxies and, indeed, most galaxies here are a result of galactic interactions.

The image, taken late last year, was released recently in celebration of the Hubble Space Telescope’s 32nd year of operations. Hubble has far outlived its expected lifetime, having captured 1.5 million images of about 50,000 celestial objects along the way so far. HCG 40 is one more under its belt.