Comcast and Charter team up to launch a new streaming platform for U.S. consumers

U.S. cable TV giants have a new plan to stake their claim in the streaming wars. This morning, Comcast and Charter announced they will team up to develop a streaming platform, based on Comcast’s Flex and including its free streaming service Xumo, which they’ll offer to consumers nationwide through new devices and smart TVs. The 50/50 joint venture will see Comcast licensing Flex, contributing its retail business for XClass TVs, and contributing Xumo, a streaming service offering over 200 free channels that it acquired in 2020. Charter, meanwhile, will make an initial contribution of $900 million to the joint venture, funded over multiple years.

The companies say their next-gen streaming platform will be offered on a variety of branded 4K streaming devices and smart TVs — an effort that would put the offering in more direct competition with other streaming device providers that are today eating into cable TV’s market share, like Roku and Amazon. The operators also promise consumers the platform will include a “world-class user experience and navigation,” as well as all the top apps viewers have come to expect.

Because the new platform is based on Flex, it will be able to deliver on its apps promise. Flex today already provides access to top streaming services including Netflix, Disney+, HBO Max, Prime Video, Hulu, Peacock, Apple TV+, YouTube, Starz, Cinemax, and others, as well as music services like Spotify and Pandora. 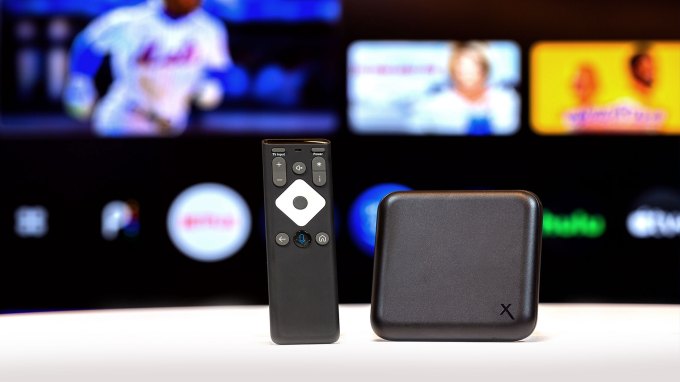 Of course, cable TV providers’ failure to innovate on user interface design in years past was among the many factors that led so many U.S. consumers to cut the cord with traditional pay TV in the first place, alongside their desire to cut costs and the demand for a la carte access to programming — something picking and choosing from streaming apps can provide. And while Comcast’s Flex, launched in 2019, helped address those issues, it entered late into a market where other streaming device makers had already established their respective customer bases.

Today, Roku and Amazon dominate U.S. connected device market share, where the two companies are tied with an approximate 36% share, per the most recent Parks Associates data (via CNBC). Apple TV and Chromecast trail at 12% and 8%, respectively, and everyone else in the “other” category amounts to a 6% share.

This new joint venture indicates how serious of a concern the cord-cutting trend has become to traditional pay-TV providers. An eMarketer forecast estimates that by the year 2024, more than one-third of U.S. households (46.6 million) will have cut the cord with pay TV, up from 24.6 million in 2019.

Comcast, in an announcement, says the XClass TVs featuring the new streaming platform will be sold through national retail partners and potentially direct to consumers by itself and Charter. Charter will then begin to see the 4K streaming devices and accompanying voice remotes starting in 2023.

In the meantime, Comcast will continue to offer its Flex streaming platform and Xumo — the latter will continue to operate as a free service through the joint venture’s products and third-party devices, it says. The two companies’ broadband and cable video businesses are not a part of this venture, and will remain independent, they said.

“We’re thrilled to partner with Charter to bring this platform and its award-winning experience to millions of new customers. These products are all designed to make search and discovery across live, on-demand and streaming video seamless and incredibly simple for consumers,” said Dave Watson, CEO of Comcast Cable, in a statement. “This partnership uniquely brings together more than a decade of technical innovation, national scale and new opportunities to monetize our combined investment.”

“Our new venture will bring a full-featured operating platform, new devices, and smart TVs with a robust app store providing a more streamlined and aggregated experience for the customer,” added Tom Rutledge, Charter Chairman and CEO. “As the video landscape continues to evolve, this venture will increase retail consumer options, compete at scale with established national platforms, and join our existing lineup of options for the Spectrum TV App available on most customer-owned streaming devices.”