Not everybody wants or needs the best phone money can buy. Perhaps you’ve browsed our budget phones under $300 and wonder whether even better bargains abound. Or maybe you want something super affordable (i.e., expendable) for your pre-teen’s first handset. Or you’re planning an extreme holiday — rock climbing or white water rafting, anyone? — and you’d rather not put your iPhone 12 Pro at risk. Do you want a backup device “just in case”? Or maybe you just love a really great deal.

If you shop around a little, you can still get a stylish and functional device for under $100. We’ve shopped around for you and found some really great deals on Android phones. If you’re prepared to compromise a bit, the bargain phones on our list will likely pack most or all the features you really need. Any of these great cheap smartphones — many from familiar brands — can be yours for under $100. Sorry, no iPhones here. 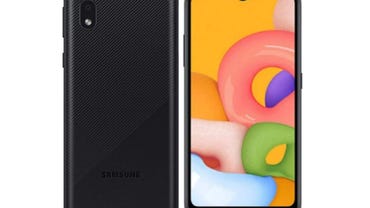 The Samsung Galaxy A01 phone runs Android 10 and OEM installed One UI. Its 3000mAh battery is adequate for a day’s use, and its 2GB of RAM means that you can run several apps at the same time without any appreciable slowdown. You can extend its internal storage by up to 128GB using the micro SD slot next to the SIM.

The A01 has a reasonable 12MP camera and a 5MP front camera and uses AI facial recognition to log onto the phone. Its 5.7-inch screen has a reasonable resolution and a small bezel size thanks to its V display notch, which gives a 78.8% screen-to-body ratio. This phone will work with most GSM carriers, but it will not work on any CDMA carrier such as Sprint Nextel, nTelos, Verizon, or Virgin Mobile. 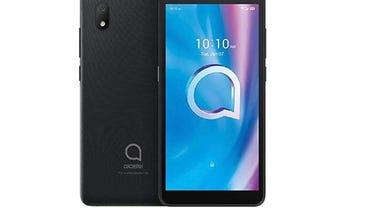 The Alcatel 1B 5002A phone is an unlocked phone that will work with any GSM carrier. It will not work on any CDMA carrier such as Sprint Nextel, nTelos, Verizon, or Virgin Mobile. The Alcatel 1B is a lightweight phone with a simple interface and a 5.5-inch screen display and a moderately sized bezel around the edge of the screen. It has a 3,000mAh battery and has space for one nano-SIM and a nano SD card up to 128GB. This is not a rugged phone so will not take rough handling.

There is a single 5MP camera at the rear of the phone and a flash and a 2MP camera at the front. Image adjustments are basic, and not aimed at the pro-photographer. This Android 10 Go edition phone is for someone who wants a basic phone with a few basic apps, average performance, and functionality — and it’s for those who do not want an all-singing, all-dancing phone for everyday tasks. 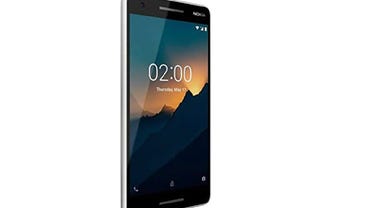 The Nokia 2.1 Android Pie edition is a useful low-cost workhorse if you want a basic phone. Its 4,000mAh battery delivers good battery life and reasonable performance, and its 5.5-inch screen has a large bezel at the top and bottom of the screen, giving a screen-to-body ratio of 69.82%.

It is a lightweight phone at 174g, but at 9.67mm, feels more solid than other low-cost phones. This phone is not dustproof, water-resistant, or shock-proof, so try not to drop it in case the screen shatters.

The 2.1 has a dual SIM slot and can take a micro SD card up to 128GB, which will let you install a few apps. Its 1GB RAM might be an issue if you use multiple apps simultaneously. 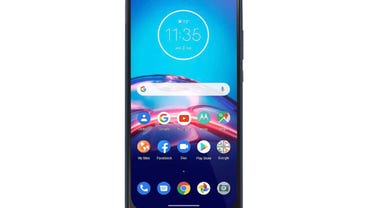 If you prefer a phone that is locked into the CDMA network, try the Motorola Moto e smartphone. Pick your plan costing from $20 per month and activate your device.

The Moto e has a 3550mAh battery and dual SIM so you can extend the storage to 256GB using a micro SD card. It runs Android 10. The phone has a large 6.2-inch screen, with fairly large bezels at the top and bottom giving a screen-to-body ratio of 85%. You can run a moderate number of apps at the same time on this Android 10 phone, but with 2GB RAM expect some slowdown if you try to run too many apps.

Rugged and simple to use 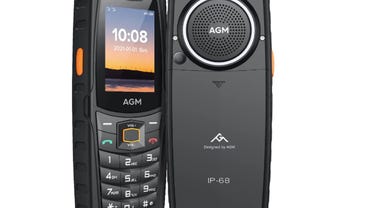 If you need a low-cost, simple rugged phone, the AGM M6 will fit the bill. It has a 2,500mAh removable battery and is dustproof, waterproof, and can survive being immersed in water up to 2m depth. You can add extra storage up to 128GB by adding a micro SD card into the dual SIM slot.

The retro-looking M6 has a very loud ring tone through its 3.5W speaker – making it easy for the hard of hearing to hear when the phone is ringing. Its small 2.4-inch screen is touch-enabled so you do not need to navigate using the large keys.

If your Amazon budget stretches a little above $100, then you can try the AGM M7 that I reviewed in May 2021. However, the M7 is currently on offer for $99 on AGM’s own site. 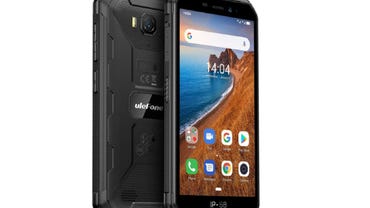 The Ulefone Armor X6 is a largish rugged phone — with a decent 5-inch screen and a reasonable 4,000mAh battery. Running Android 9.0 Pie, this phone has a dual SIM for your micro SD card so you can extend the storage up to 128GB. This phone works with GSM carriers. It will not work on any CDMA carrier such as Sprint Nextel, nTelos, Verizon, or Virgin Mobile. It is water -esistant up to 1.5m immersion for up to 30 minutes and dust and drop resistant. It also has face recognition for unlocking the phone.

Gloves mode means you can operate the phone’s touch screen in winter without freezing your fingers, and the customisable button means you can use PTT (push to talk) to use the phone as a walkie-talkie. 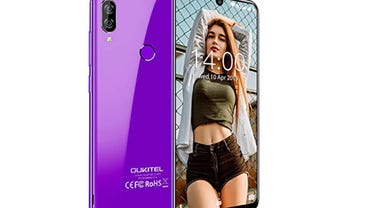 The Oukitel C16 is a nice-looking slim phone. It works with GSM carriers, but it will not work on any CDMA carrier such as Sprint Nextel, nTelos, Verizon, or Virgin Mobile. Running Android 9.0 Pie the 5.71-inch screen on the Oukitel C16 has a minimal bezel and a screen-to-body ratio of 79.33%. Its dual SIM slot can use a micro SD card to expand its storage up to 128GB. It has a 2,600mAh removable battery.

The phone has both face and fingerprint unlocking capability. Its camera has a few image manipulation features too, to make sure that you capture the best quality selfie. 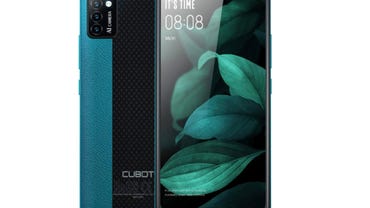 The Cubot Note 7 phone Android 10 Go edition has three SIM slots: Two for nano SIMs and one for a TF card extendable to 128GB storage. It has a 3100mAh battery and had a decent processor. The Cubot Note 7 has a large screen size with a teardrop bezel and a good screen-to-body ratio of 83.2%. The phone works with GSM carriers, but it will not work on any CDMA carrier such as Sprint Nextel, nTelos, Verizon, or Virgin Mobile. It has a decent size 5.5-inch screen and a 13MP camera. The selfie camera has a few features to enhance the image. The front-facing camera also has face unlock.

The Samsung Galaxy A01 is the best phone under $100 due to its CPU, display, cameras, and design.

How did we choose these cheap smartphones?

All these smartphones are from well-known brands that update models regularly throughout the year and offer their older models at a reduced price. All smartphones on the list are for sale for under $100. These brands update their offerings regularly and customer service is good. Some phones will work with both GSM and CDMA carriers, and some of the models are rugged if you are rough on your devices. The size of the screens and the various width choices means that you can easily get the model that is right for you.

Which budget smartphone is right for you?

If you are not too bothered about getting the latest and greatest phone, then you can snap up a bargain by buying a slightly older model when the newer model comes out. You need to decide which type of phone you want. Do you want a slimline phone, or do you prefer a rugged device? Consider the form factor too. Is the phone a little wide for your hands? Is it too heavy to hold for an extended period of time, and is it comfortable to use?

When you are holding the phone, does the custom button irritate you, or is the fingerprint sensor in the wrong place for your hand? Can you operate the phone with one hand, or is it necessary to operate the phone with two hands? Most importantly, do you like the way the phone works? Is the operating system full of OEM bloatware, slowing the phone down, or is it a stripped -own Android build that you can customize and have the phone build that you really want to use? All needs to be taken into consideration when choosing your new device.

Which low-cost phones are also worth considering?

It is always worth checking out an older version of the iPhone range — unfortunately, none of the iPhones were under the $100 so could not be included in this sub-$100 list. Sony also does a range of phones, but yet again, none of the recent models came within the $100 range. It might be worth extending your budget goals to get a slightly newer version of the phone that will last you for longer.

There are some newer models that you might consider if you are keen on the phones in this list. Take a look at the Cubot King Kong 5, or the AGM M7 and see if the extra features fit your requirements. You might decide to spend a little extra to get the phone you really want.