When Will The Credit Card Bubble Burst?

In case you didn’t know, there is another bubble, growing massively in this country, getting ready to burst. Revolving consumer credit card debt continues to grow each month, finally breaking the $900 Billion dollar mark for the first time last June. The Federal Reserve reports that this year, Americans have piled on $39 Billion in new credit card debt. We refer to the looming crisis as the credit card tsunami. You better batten down the hatches!

For the month of August 2007, USA, consumers added another $6.2 Billion in new debt, on top of the $5.6 Billion they racked up in July. Overall, including everything except mortgages, Americans owe almost $ 2.5 TRILLION DOLLARS in debt! Now that the mortgage game is over, and all that easy money has been made, the next big thing the banks will milk for maximum growth and profits are the cards. Fees and penalties have been steadily increasing for years, as have average interest rates. Last year, the banks made over $100 Billion in interest & another $50 Billion in Fees & Penalties; these guys are not your friends.

Many people, who are being squeezed by the bursting housing bubble, are increasingly relying on their charge cards to live. Since the spigot to the home equity money has run dry, and their lifestyles are not changing, or circumstances like lost jobs or medical hardships cause them to continue to rely on charge cards, there is no end in sight to how much additional debt John Q. Public will take on. At some point, the dam has to burst, and a lot of people are going to drown.

Who knows how many people lived beyond their means during the last few years, extracting the temporary wealth in their real estate, only to spend it on luxuries like vacations, and lavish weddings in Tuscany? How many people transferred unsecured, charge card debt to their real estate, only to risk it to foreclosure if they miss a few payments? How about the people who thought the value of an already overpriced home would continue to increase, and took out teaser rate mortgages, hoping to refinance with the profit in a couple years, and are now stuck with a mortgage that has doubled, and no way to pay for it?

Now that the game is over, those people are turning to their charge cards to survive. People who were “hooked” by teaser rate mortgages, now find themselves unable to pay the “real” mortgage payment. Many are going into default on the mortgage, and keeping current on the credit cards. Some are using them like an ATM, maxing them out to their limit, as well as constantly applying for the barrage of new cards that grace their mailbox.

They are living in a fantasy land if they think the missed mortgage payments won’t hurt their credit. Give it a month or three, and when the credit cards see that you are missing mortgage payments, they jack up your interest rates to 25%+ and then you are, excuse my French, “screwed.” Most of your payment will be wasted on interest, and it could take 10-100 years to pay the debt off.

The card companies know people will do anything to stay current on cards, and that people need cash. Requirements to get a credit card are at there lowest in 10 years according to a Fed survey; if you have a pulse, you can get a credit card. They even give credit cards to peoples pets.

The junk mail credit card solicitations that grace your mailbox are driven to the post office in semi-trucks on pallets, and they are unloaded with forklifts. While the mailers are actually less than what was mailed out at their peak in 2005, the percentage of people responding to, and being accepted by the credit card companies, has risen steadily and has actually increased three times since 2005!

All this is a result of the shut down in taking equity out of your overpriced home. It was never sustainable, and I feel sorry for the people who bought at the peak, paying $600,000 plus for a 40 year old home that was not worth 1⁄4 of that price. To think the bubble could keep getting bigger and the median price of a home exceeded the ability of the average person to buy one, it was only a matter of time before something had to give, and it has.

Now, I talk to people all day long who are taking cash advances from credit cards to live on, or pay their mortgages; that will end at some point.

The credit card bubble will be the next one to burst. If your credit card debt is out of control, you have to do something. Through the process of debt settlement, there are ways to settle with the creditors for less than what you owe, within 3-4 years, that will leave you in a position to get new credit after it is over. Read our free report on Debt Settlement to see if it’s an option for you. 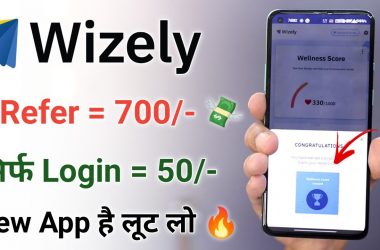