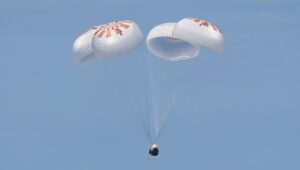 SpaceX will replace the heat shield on the next Crew Dragon spacecraft flying to the International Space Station after it failed inspections, but NASA says there is no risk of a similar problem for the spacecraft currently at the station.