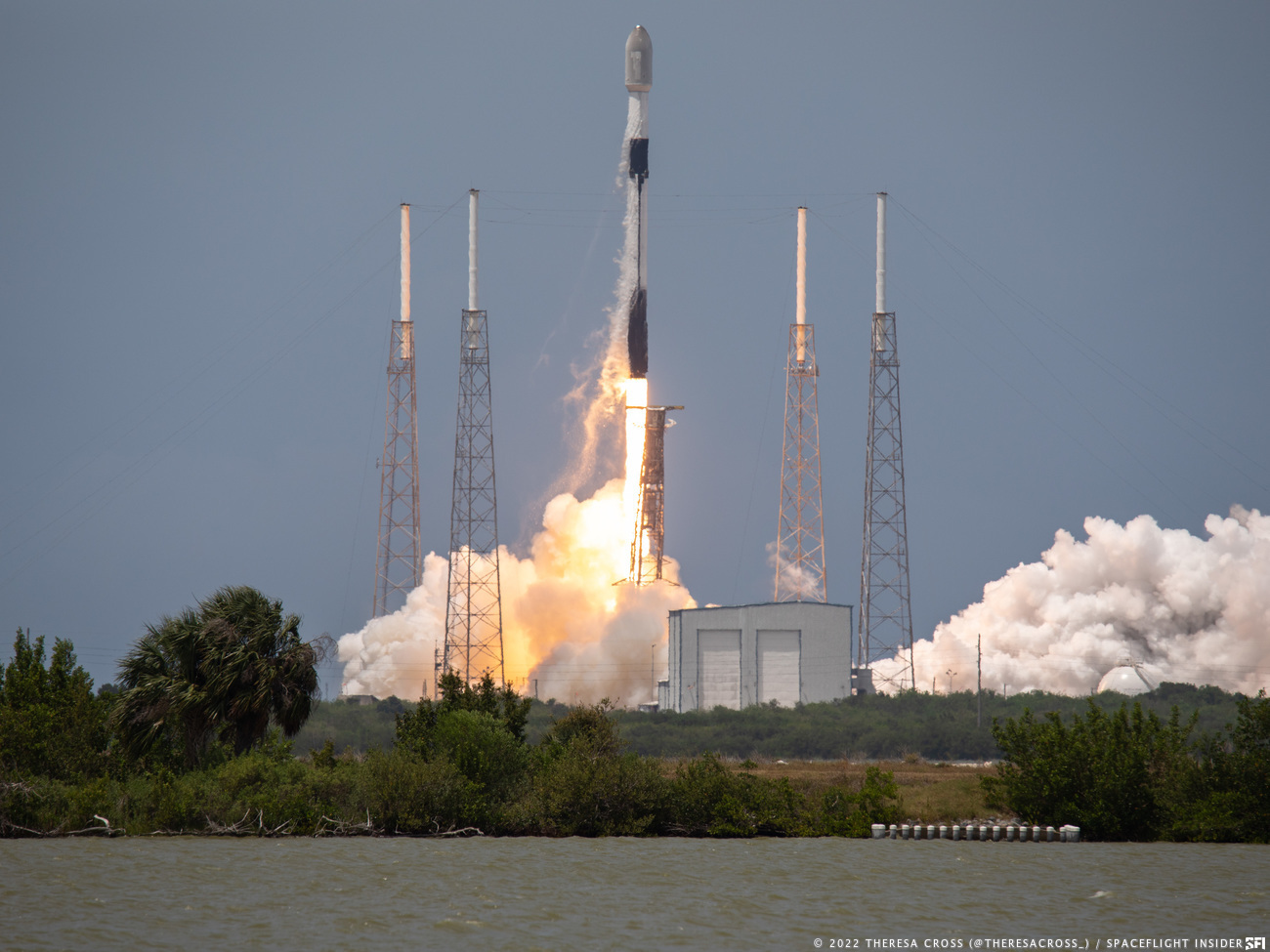 Continuing its average launch cadence of once a week, SpaceX flew a Falcon 9 rocket with the Transporter-5 rideshare mission.

Liftoff occurred at 2:35 p.m. EDT (18:35 UTC) May 25, 2022, from Space Launch Complex 40 at Cape Canaveral Space Force Station in Florida. Aboard were 59 small satellites and payloads, which were all delivered into a Sun-synchronous orbit within about an hour after liftoff.

Today’s launch represented SpaceX’s fifth dedicated small satellite rideshare mission with some customers having flown more than once, such as Satellogic that flew on Transporter-4 earlier this year. 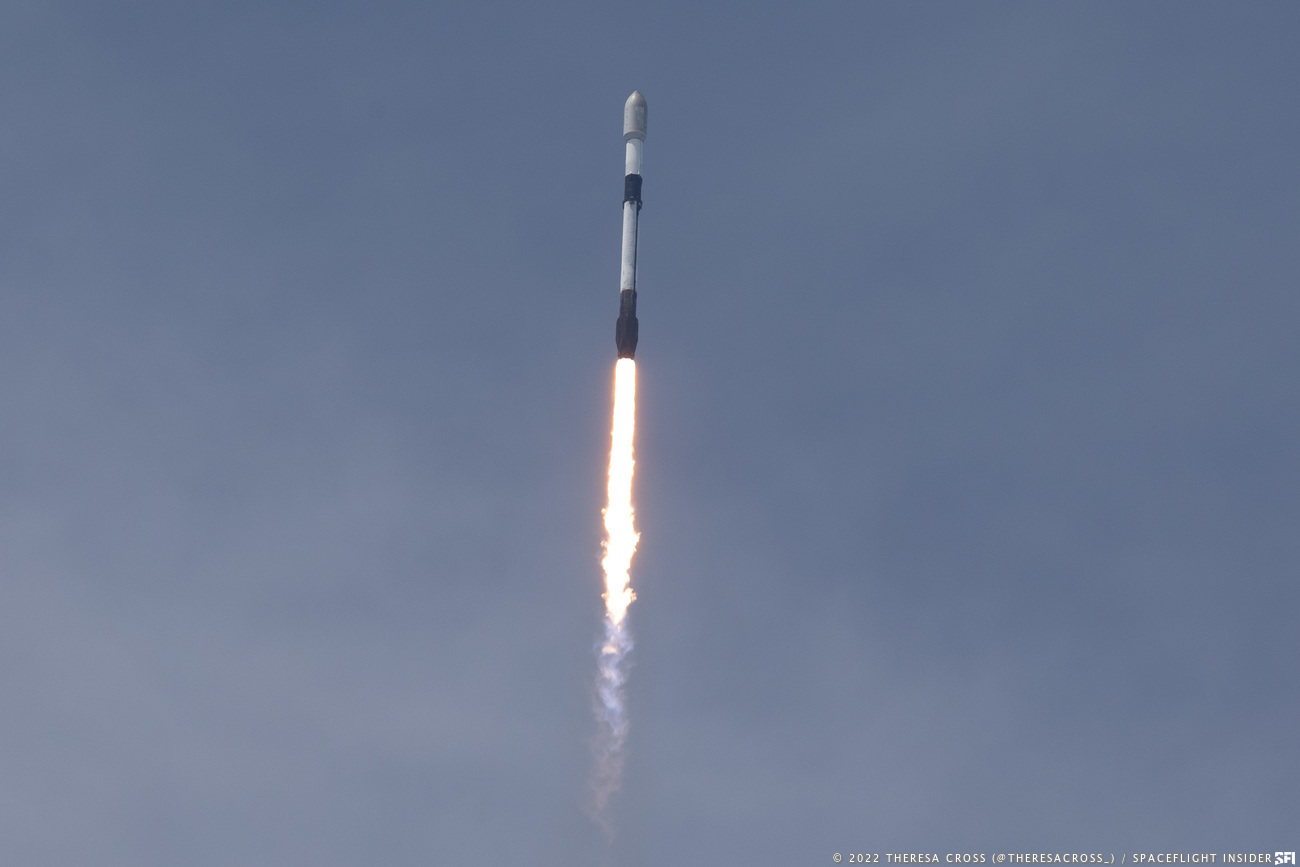 Of significance on today’s launch was an inaugural flight and budding partnership between Momentous, a U.S. commercial space company, and SpaceX.

Momentous plans to offer transportation and other in-space infrastructure services as expressed in a forward-looking statement from the company’s recent press release.

On May 12, the company’s Vigoride Orbital Transfer Vehicle, with customer payloads, had completed a full integration with Falcon 9 ahead the launch of Transporter-5.

“We thank SpaceX for the partnership and cooperation they are providing to support our inaugural Vigoride launch,” said Momentus CEO John Rood in the press release. “Backbone infrastructure services, like what Momentus intends to offer using Vigoride, can enable better access to space and more dynamic use of the space environment. Our first flight will be one step of many as we look to develop a suite of in-space infrastructure and transportation services to meet the demands of the growing space economy.” 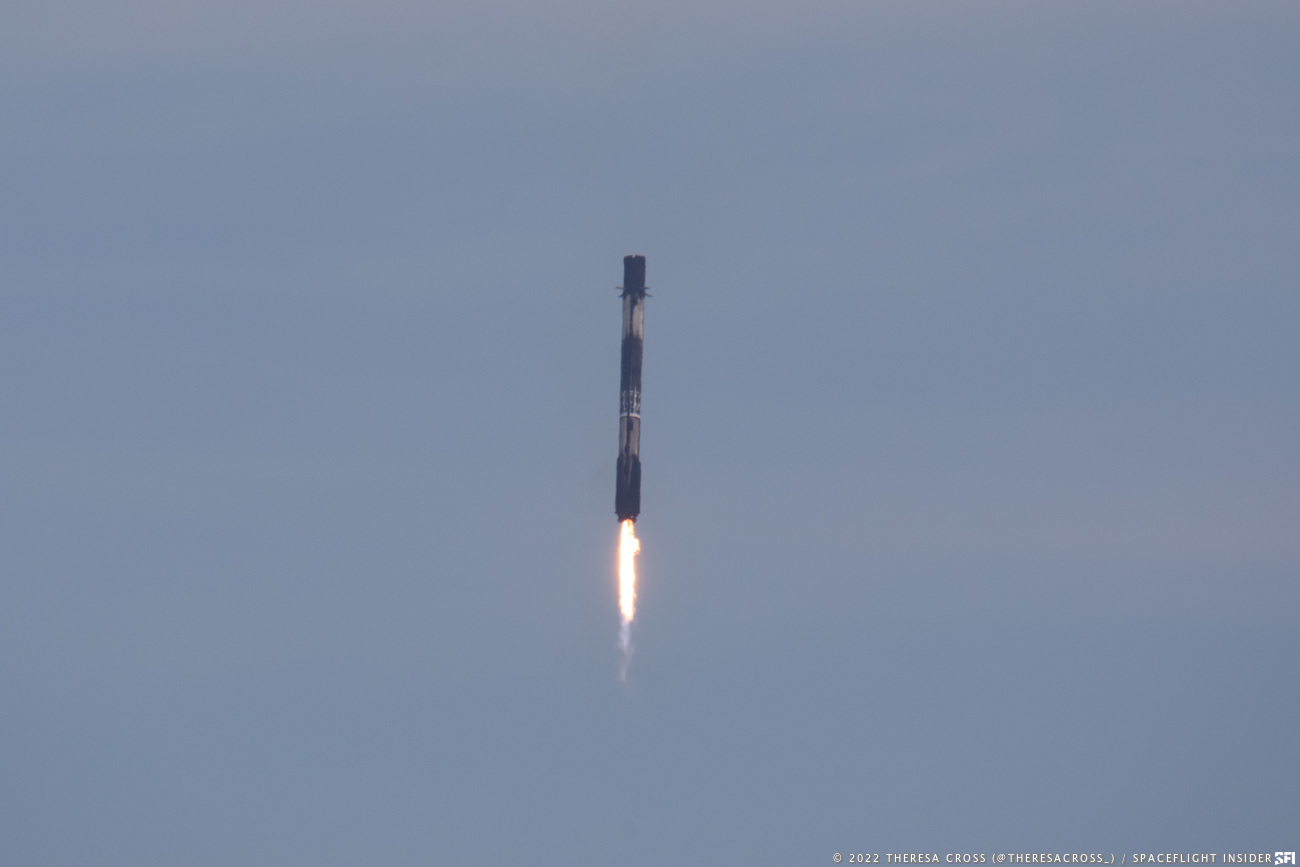 The first stage of the SpaceX Falcon 9 rocket, core B1061, flew its eighth mission and successfully performed a boostback burn to ultimately touch down at Landing Zone 1 several miles south of where it launched, also located within Cape Canaveral Space Force Station, rather than an ocean landing on one of the company’s drone ships.

This was the 156th flight of a Falcon 9 rocket since its debut in 2010 and the 22nd in 2022. This was also the 48th consecutive successful booster landing, continuing the company’s record-breaking streak.

Since SpaceX began recovering Falcon 9 first stages successfully in 2015, there have been 122 successful landings. Today was the 99th re-flight of one of the rocket’s boosters.