In recent years, episodes of extreme climate crises and power outrages have driven doomsday preppers to plan for off-the-grid survival scenarios. The mentality has been a boon to EcoFlow, a Shenzhen-based power generating and storing unicorn, which racked up $220 million in revenues last year as consumers in the US demanded its solar-powered portable power stations.

Off the back of a remarkable growth phase — revenues surged 50x between 2019 and 2021 — the startup, which was founded by a group of veterans from drone giant DJI in 2017, discovered a new niche to crack: glamping. In a call with TechCrunch, its co-founder and CEO Lei “Bruce” Wang envisaged a future of being in nature while enjoying a cool breeze sent from EcoFlow’s outdoor air conditioner, which will launch in the US in the coming months.

Glamping lovers can already plug a range of appliances, like electric ovens and stoves, into portable battery stations, but air conditioners are tricky because most of them use alternating current, which isn’t compatible with battery charging and has lower efficiency, the founder explained. The outdoor airconditioning unit that EcoFlow is revealing uses direct current instead and can thus be charged by batteries.

Hardcore nature-loving campers might scoff at the idea of outdoor air conditioning. I was bewildered by the proposal as well, but Wang rightly reminded me that if burnout urbanites make the effort of driving out into nature, many of them would rather do it the comfortable and indulgent way.

“Wherever people go, whether it’s at or away from home, they can achieve a lot more with electricity,” Wang explained the rationale for expanding beyond making batteries and into electronic appliances. “We now cover the entire loop [of use cases], from power generation, power storage, to power consumption.” Wang grew up in the vicinity of the Mu Us Desert in northwestern China, where he saw how the government’s ecological restoration effort helped combat severe desertification in the area. The childhood experience planted in his mind a goal to pursue a career in renewable energy, which led him to complete a Ph.D. in energy storage technologies at the University of Hong Kong and later help establish DJI’s battery R&D department.

Having seen the tide in the energy industry was turning, Wang decided to start his own company in 2017. “Replacing fossil fuel with renewable energy is the fundamental way to increase energy consumption per capital while still achieving sustainable growth,” the founder asserted.

At the same time, declining raw material costs were making it easier to run a battery startup. “Between 2010 and 2020, the prices of lithium batteries and solar panels have gone down 10 times. Such conditions would prompt anyone conducting technology research to become a tide player, to take a chance,” Wang recalled.

Lithium’s recent price spikes and supply chain disruptions haven’t concerned Wang. EcoFlow works with strategic partners to ensure a steady flow of supply, the founder said, and he believed lithium costs will eventually tail off in the long run.

The startup has come a long way since its formative days as a Kickstarter project. It has raised over $100 million in funding from notable investors including Sequoia Capital China and GL Ventures, the early-stage arm of private equity powerhouse Hillhouse Capital. With the category expansion, as well as its plans to push into new markets like its backyard China, EcoFlow expects to generate $630 million in revenues this year, which would make its growth between 2019 and 2022 almost 150x.

Such growth is supercharging EcoFlow’s path to an initial public offering. Last year, EcoFlow reached a valuation of $1 billion and announced plans to go public on the Shenzhen Stock Exchange. The company has entered a preliminary “tutoring” period with the city’s exchange regulators and is aiming to float its stocks within the next two to three years.

Wang said the Shenzhen-based exchange, which was designed for encouraging technological innovations, will attract investors who “understand the new energy industry,” though he doesn’t rule out the possibility of an overseas listing down the road. Operating in profit, EcoFlow declined to disclose whether it will raise another financing round before its IPO.

Unlike many hardware makers that venture out of China only after proving their products at home, EcoFlow went after overseas markets at the outset. It first went to Japan, a country prone to natural disasters and whose consumers are known to be tech-savvy. Today, Japan and the US are the two largest revenue drivers for EcoFlow among the 100-something markets it ships to.

EcoFlow recently started selling its battery products in China where a rising middle class has demonstrated a growing fascination with luxury camping. The company is also exploring opportunities in emerging markets across Asia, Africa, and Latin America, where it wants to supply households hit by electricity shortages with “affordable” products, Wang said.

When asked how EcoFlow managed to build a foothold in foreign markets, Wang, who looks to Tesla and Apple for inspiration, offered the obvious though tough playbook: understand your customers. “We say internally that ‘the customers are never wrong. If anything goes wrong, it must be us.”

To put the adage into practice, EcoFlow operates a fairly international office in Shenzhen, a full on-the-ground team in Japan, a small but growing force in the US, and is soon hiring in Europe. Globally, EcoFlow has over 1,000 employees working on an extended value chain, spanning from R&D, which accounts for 40% of its staff, to after-sales service.

While many Chinese consumer tech startups find it increasingly challenging to operate overseas as geopolitical tensions threaten to put them in the crosshairs of foreign authorities, as illustrated by giants like TikTok and Huawei, Wang doesn’t see the same hurdle.

“At the end of the day, users will pay for a good product, which is why I like being in the business-to-consumer space,” the founder said confidently. “Furthermore, our products are helping to promote environmental sustainability, which is a universal goal that can strike a chord among consumers around the globe.” Brutal Attack on Bitcoin Proceeds, BTC Rate Could Crash to $25,000 if Institutions Fall short to Protect These Ranges!

[ad_1] The put up Brutal Assault on Bitcoin Continues, BTC Price tag Could Crash to $25,000 if Establishments… 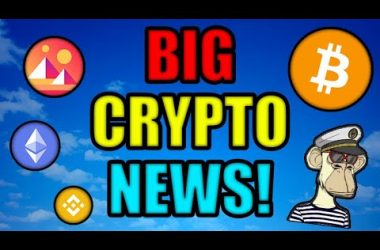 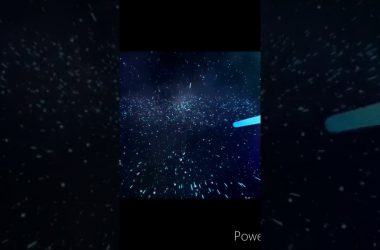