Zerodha is a company that has made all the trading processes barrier-free. It is the very first discount brokerage company in India. Zerodha has established itself in this digital world briefly and can flourish in the market. This company has purely grown on the principle of technology while giving valuable services to the customers.

The company started its journey with a team of around five people, and today, it employs more than 1200 people. The unique idea behind the whole project of Zerodha, along with the intelligent use of technology, has taken up this startup to a whole new level of establishment in the market. Zerodha is the number 1 stockbroker in India. Moreover, it is the most popular and the most prominent online broker that offers services to invest in currency, equity, IPO, and direct mutual funds. It is one of tha fascinating business case studies present in the Indian startup ecosystem as it went from 0 to 1 billion dollars in valuation in just 10 years.

On one side, when the tech companies are on a cash drain wherein they are incurring million-dollar losses, Zerodha has been very elegantly profitable with a profit of more than four hundred crores; it was done without zero funding and zero marketing.

How is it possible that Zerodha has achieved something so incredible with zero funding and zero marketing?

The main thing to focus on is that Zerodha has successfully earned billions with zero investment in this noisy world where the other companies are spending dollars to survive in the market.

The answer to this question comes from one of the most legendary entrepreneurs in the Indian startup ecosystem Kunal Shah. In 2016, Kunal Shah delivered an INKTalk wherein he proposed a fascinating theory that more or less explained the root cause of the success of some of the most prominent startups in the world. According to Kunal Shah, in this world, many systems have a ton of inefficiencies and hurdles that often prevent ordinary people like you and me from moving into a more efficient system. But we are human beings, and once we find an efficient system, we have this innate ability to move on from where we never come back. As a result, if an entrepreneur can build a startup so that he can fix these inefficiencies and help ordinary people overcome the hurdles, they will be able to make a startup.

And once this thing is done, that startup will give three massive superpowers, which will boost that startup to another level altogether. These three superpowers are high consumer tolerance, unique brand proposition, and an irreversible shift.

A straightforward example closer to this is Whatsapp; if you see all of us are using WhatsApp, but none of us is using WhatsApp because of an advertisement. So if you look at WhatsApp as a system, back then, before WhatsApp, even to send a local text, we used to think twice because one message used to cost us 1 rupee. Even to make a regular call, we used to think twice because we would run out of balance.

But then, WhatsApp arrived, researched the problems that people face, and took off all these hurdles, such that texting has now become entirely effortless. It has made it easy to connect with people worldwide; international phone calls and video calls were also introduced. The most important thing to notice is you cannot even imagine going back to those texting days. Therefore, WhatsApp gained three significant superpowers as a startup boosted WhatsApp to another level altogether. Firstly comes the unique brand proposition that resulted in the world of mouth. WhatsApp gave you something you had never seen before, resulting in customers screaming at each other to use WhatsApp. It was able to go from 0 to 400 million users in less than 5 years. WhatsApp also got some Irreversible changes in our behavior as we cannot even think of going back to our texting days. Lastly, High tolerance, instead of the creepy WhatsApp privacy policy, you are still using WhatsApp; despite understanding the dangers of WhatsApp forwards, we are still using WhatsApp. We have developed this much high tolerance for WhatsApp wherein even if it makes big mistakes, we are highly tolerant towards it.

What did Zerodha do right?

The founders of Zerodha did the same. Before Zerodha, Nikhil Kamath observed that three major hurdles were troubling the existing investors and preventing India’s ordinary people from investing in the stock market. First comes the Lack of knowledge and awareness; as we all know, we in India make more life decisions based on myths and emotions rather than knowledge and strategy. Then comes the Exorbitant brokerage fees. The established brokerage firms were charging a percentage commission on the amount of investment the investor was making, which resulted in exorbitant brokerage fees. The entire process of acquisition was very tedious and very complex for an ordinary person to understand

And that is the reason why Zerodha came out with three unique solutions for these problems, which turned Zerodha into a billion-dollar company. The first solution they came out with was regarding the Lack of knowledge and awareness in the people. To educate the Indian population, they came out with Zerodha Varsity. It is an extensive collection of the stock market and financial lessons wherein anyone can go and understand how the market functions to make a strategic investment. Furthermore, it discounted the brokerage fees to such a large extent that it resulted in a revolution. Zerodha turned this into a super-efficient, and affordable system wherein they charged Rs.20 or 0.03%, whichever is less for all intraday trades. They charged zero fees for all equity and direct mutual fund investments. To resolve the tedious and complex investment process, they used the internet. They came out with a creative website, and a straightforward user interface for their mobile application. Any ordinary person can get familiar with the entire investment process without the hassle and with 100% transparency.

That is how just by fixing these three problems, the founder of Zerodha claimed their treasure of gold. As a result of which, today, Zerodha is a billion-dollar company with zero investment in marketing as the consumers were screaming at each other to use Zerodha. And today, around 4 million investors are making their investments using the platform Zerodha.

Learnings from the Zerodha Case Study

We all need to understand one crucial thing, that funding is one of the ways to accelerate your startup, but it is not the only way to do so. So if you are reluctant to pursue your idea because you are waiting for funding, I recommend you do some introspection and see how you can proceed without funding. And lastly and most importantly, we all need to realize that there are hundreds if not thousands of pots of gold all around us in the form of inefficient systems. Each of them offers ordinary people like you and me the opportunity to go out there and claim your pot of gold and eventually build a business empire out of it. 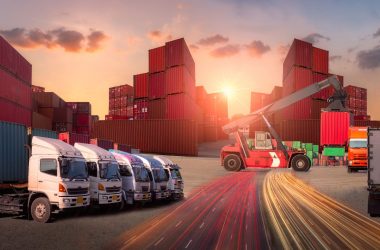 Last week government announces a new logistic policy, what does it mean for business owners? how are they… 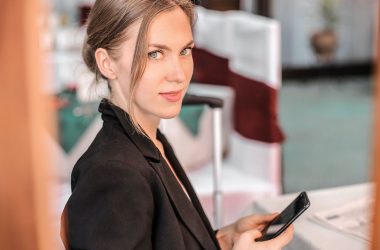 5 Marketing Tips That Will Grow Your Business Brand

To grow your business brand, you can do a few key things. Here are five tips to help… 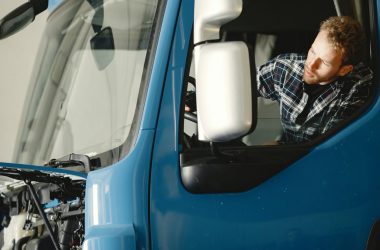 What to Know if You Are Starting a Hauling Business

Assuming you already have access to a truck, getting into the hauling industry requires very little initial investment.…