The Outdated Myths Of Bitcoin

You’ve no doubt heard all these myths before from the “expert” talking heads on TV. Bitcoin is only used by criminals. Bitcoin’s a bubble, the new Tulip Mania! They all just love to speak negatively about things and drum up controversy even when it’s been proved untrue for over a decade. All to get views and clicks of course.

There’s a lot of myths about Bitcoin for many reasons. One of the main ones is that it’s new and different to how most people use their money today. This results in confusion and thus, myths start to form and stick that are in fact, incorrect.

Today we’re going to look at a couple of not just incorrect myths, but heavily out dated myths and bust them open Mythbusters style!

Bitcoin Is For Criminals

This one at least stems from a sliver or truth as in its earlier days Bitcoin was used in the now defunct Silk Road website that traded drugs. This really embedded the idea that all Bitcoin was good for was criminals. That was many years ago and now most reports on the matter show that criminal use of Bitcoin is far lower than what happens in traditional banking businesses.

A UN estimate states that 2%-5% of global GDP is connected with money laundering and criminal activity. A Chainalysis’ 2021 report estimates criminal use of all cryptocurrency transactions to be around 2.1%.

It should also be pointed out that these reports are lumping Bitcoin in with all the other “cryptocurrencies” out there which are routinely created explicitly for fraud and other criminal activities. Bitcoin does not equal crypto. This means the actual criminal activity of just Bitcoin in these reports is likely far less than even the small percentages reported.

While Bitcoin, like any money or financial system, does get used by criminals it’s the vast minority and this old myth needs to be put out to pasture.

As an open-source software protocol, it’s always been possible for anyone to copy/paste Bitcoin’s code. There’s been thousands of competitors and people that have cropped up over the years all trying to add new features and make “Bitcoin 2.0”. This is usually to benefit themselves over others by trying to propagate the ridiculous notion that Bitcoin is “old” and needs updating with new rules or something.

These altcoins or shitcoins are not Bitcoin and will never be able to catch up as even though you can copy Bitcoin’s code, you can never copy its Network Effect, which is the most important advantage it has by far. This network effect includes things like it’s brand awareness, the global liquidity of its market, the hordes of devoted developers that maintain and improve the code and more.

By many objective metrics Bitcoin is orders of magnitude bigger than any of its competitors. Money is also a winner takes all environment and just like no one uses Bing (apologies to the 8 of you out there) no one else is using anything but Bitcoin for a store of value or stateless money. Its unique creation, community, size, brand name and liquidity are all unmatched and will only further increase due to these advantages.

Besides the point that Bitcoin is a base level protocol and thus, shouldn’t be changing and breaking compatibility constantly, Bitcoin isn’t a static protocol and gets updated regularly. There’s even an acronym for this, BIP, which stands for Bitcoin Improvement Proposal.

There’s been many changes over the years thanks to dedicated developers. One of the easiest ways to see this is by looking at the different types of Bitcoin addresses. Over the years they’ve evolved from the legacy Pay To Pubkey (P2PK) type to the now new Pay-To-Taproot (P2TR) type. Athena Alpha has a great overview of them all here.

Bitcoin will continue to be upgraded and add newer and better features just like all software does. As such, believing there needs to be a “new” Bitcoin just to add a new feature is as ridiculous as saying we need to completely rebuild the Internet or the electrical grid just to add something new.

Bitcoin Is A Bubble / Scam

Bubbles form when there’s too much hype or rampant day trading and speculation. This happens in all assets including Bitcoin as well as other cryptocurrencies. This doesn’t just come from retail investors, but also large scale businesses too. It’s a common (and illegal) tactic for companies to trade their own tokens in order to bid up the price of it, create a feedback loop of attention, hype and more users. This hype in one area often leaks into other coins and causes a bubble everywhere.

All of this doesn’t change Bitcoins underlying fundamentals though and every time the crypto bubble has burst it’s lived on with its network size, number of users and use cases soaring even faster than the Internet.

There will no doubt be more bubbles in the future whether it’s from new crypto scams or due to the inevitable supply/demand crunch due to Bitcoins fixed supply and huge demand. If Bitcoin truly was a scam, then it would crash and never return. The fact that it keeps coming back over and over and over again clearly proves it’s not.

Bitcoin Transactions Are Too Slow

At the base layer, Bitcoin transactions take around 10 minutes to 1 hour to fully settle. This time frame depends on what number of block confirmations you deem to mean “fully settled” but most agree that it can support a theoretical throughput of around 7-10 transaction per second.

Visa or Master Card by contrast can do tens of thousands of transactions per second, but this is comparing apples to oranges. This outdated myth seems to come simply from a misunderstanding in how different types of money transfers work as a Bitcoin transaction is very different to a Visa one.

Visa transactions don’t get fully settled until days or weeks later where as a Bitcoin transaction is settled as soon as it’s confirmed in a block (which is on average every 10 minutes). When you compare Bitcoin to the base layers of what other money runs on, such as Fedwire, it’s actually the fastest by far.

Taking 10 minutes to settle literally any value (even billions of dollars!) with any other party anywhere in the world and at any time, day or night is light years ahead of the days to weeks (and sometimes months!) other legacy systems take.

For those wanting to purchase thousands of cups of coffee every second using the Bitcoin network you can use the ever growing Lightning Network. This allows for instant and near free transactions on top of Bitcoins base layer and is much more comparable to what the Visa network is. It’s also growing at a huge rate and is completely peer to peer just like Bitcoin’s network too.

All you need to know about Bluzelle(BLZ) GameFi Blockchain

Is Your Business Safe From Malware Attacks? Here’s A Checklist

Malware attacks are among the most common cybersecurity threats in business, especially now that enterprises embrace digital transformation. This…

After finishing all of the essential tasks that come with moving into a new home, it’s time to… 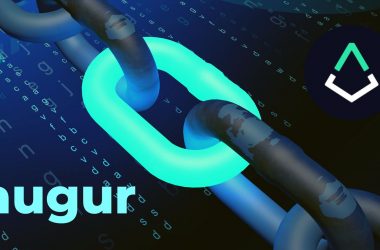