How much caffeine in a day is good for health?

Caffeine is a stimulant drug that is used to keep people awake. It is found in coffee beans, tea leaves, guarana berries, and cocoa beans. The effects of caffeine are dose-dependent. The more caffeine consumed, the stronger the effect of the drug will be on the person’s body.

How Much Caffeine should You be Consuming in a Day?

The amount of caffeine that you should consume in a day depends on a number of factors, including your age and how much caffeine you drink. We all know at least one person who drinks coffee like it’s their job. But if we’re constantly drinking coffee, how much caffeine should we be consuming?

Caffeine is a stimulant and it’s become quite popular because it gives us the energy to power through the day. But if we drink too much caffeine, we can experience side effects such as increased anxiety or jittery feelings.

The Adverse Effects of Too Much Caffeine

Caffeine is the most popular stimulant drug in the world. It is consumed differently in different cultures, but all over the world, people are drinking it for one reason or another.

There are many adverse effects of caffeine consumption, including heart palpitations, restlessness, irritability, and insomnia. Another consequence is that it can cause difficulty concentrating and increased anxiety levels. Many people consume caffeine to perk up their mood or stimulate their thoughts for studying or working so they might not be aware of how much it impacts them until they go without it for a few days.

How Much Caffeine can Have an Adverse Effect?

Caffeine is an addictive substance that has many benefits, but can also cause many adverse effects. Caffeine addiction is becoming a more common issue these days. It has been found that the majority of people who drink caffeine on a regular basis say they need it to get through the day.

If you are addicted to caffeine, it is recommended that you cut down gradually on your intake so as not to experience any withdrawal symptoms.

What You Should Know About Your Personal Caffeine Use

Caffeine is the most commonly consumed psychoactive drug in the world. It is found in coffee, tea, cocoa beans, chocolate, and other products. Approximately 2.25 billion cups of coffee are consumed globally every day. As humans have become increasingly dependent on caffeine to power them through their day-to-day activities, they have also become more dependent on it for their well-being.

Caffeine has been shown to have multiple effects on our brain and body including reducing depression symptoms and anxiety levels, increasing alertness and attention span to help us focus on tasks at hand longer without feeling tired or fatigued, improving physical performance in endurance sports like long-distance running or cycling by allowing athletes to consume less oxygen while still maintaining the same level of exercise intensity for a longer period of time

The Benefits of Ingesting Moderate Amounts of Caffeine Every Day

Caffeine is a legal stimulant that is found in beverages like coffee, soda, and tea. It stimulates the central nervous system by blocking adenosine receptors in the brain. Although caffeine has been linked to many benefits for mental performance, there are also some risks.

The Truth about Coffee and Health: 5 Important Facts You Should Know

The truth about coffee and health is that it can be both good for your health and bad for it. It all depends on the type you drink, how much caffeine you consume, when you drink it, and much more.

Research has shown that there are many ways in which coffee can affect our health positively or negatively. Coffee drinkers should know which type of coffee they are drinking in order to protect their well-being.

How Much Caffeine Will It Take To Get Into Ketosis?

It is not uncommon for people to turn to caffeinated beverages to help them lose weight, get into ketosis, or both. Caffeine consumption has been linked to weight loss because it can boost metabolism, increase calorie burn, and reduce appetite.

The amount of caffeine that is needed in order to get into ketosis varies depending on many factors. For starters, your individual body size will impact how much caffeine you need in order for it to enter your fat cells. The more fat cells you have the easier it is for them to absorb the caffeine molecules and convert them into energy. This also means that caffeine consumption will be higher when trying to achieve ketosis when compared with someone who doesn’t have much fat on their body.

What should I drink instead of coffee?

Instead of trying to stop drinking coffee or switching to decaf, there are other alternatives that might be better for you. Although the effects of coffee on health are not conclusive, it is recommended to avoid drinking more than 400mg (about 3 cups) of coffee a day. Top 5 Celebrities Yachts and Their Worth in 2022 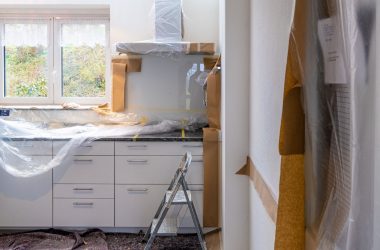 5 Home Renovation Projects That Add Most Value to Your Home

Aren’t you tired of coming home to the same old environment? If so, that might be the sign… So, you have finally decided to put your inner story to paper and finally get the romance story…